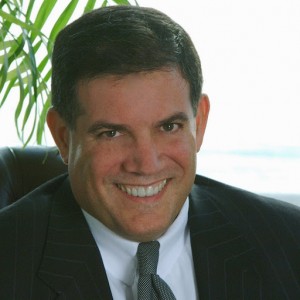 Alexander L. Cappello has led several public and private companies over the past 38 years, including Cappello Capital Corp. (Member NASD-SIPC), a global merchant bank, whose principals have conducted over $155 billion in transactions in over 50 countries. He is a Director of RAND Corporation’s Center for Middle East Public Policy, the Center for Global Risk and Security and the Russia Forum as well and the Director of California Republic Bank (largest capitalized bank in California history), Director of The Cheesecake Factory, Inc. (NASDAQ) and Director of Pulmuone USA, and formerly: a Trustee of the University of Southern California (USC) and Chairman of Intelligent Energy, PLC (London), a global technology leader in hydrogen fuel cells, Inter-Tel (NASDAQ), Geothermal Resources Intl. (AMEX), as well as a Director of Cytrx (NASDAQ), Genius Products (NASDAQ) and Koo Koo Roo, Inc (NASDAQ).

Mr. Cappello is currently, or was previously, a member of the following boards of directors (partial list):

Mr. Cappello is an active member of the World Presidents Organization (WPO) and Chief Executive Officers Organization (CEO). He was an active member of the Young Presidents’ Organization (YPO), an exclusive global network of corporate presidents under the age of 55 and served as the only two term (2003-2004, 2004-2005) International Chairman. YPO, founded in 1950, has a membership of over 11,000 CEO members organized in 200 chapters in 101 countries. He was a founding charter member and Chairman of the Santa Monica Bay and Bel Air Chapters, and a co-founder of the Malibu, Portugal, Russia and Beijing chapters. He also was Chairman of the International Executive Committee (2001-2002), Chairman Global Leadership Conference (2000) and Chairman at the Conference on Mergers, Acquisitions and Finance and Investing. He was Co-Chairman of the PIPES conference in New York and the Undervalued Public Company Conference for the Strategic Research Institute (SRI) in Chicago.

Mr. Cappello received a Bachelor of Science degree from the Marshall School of Business at USC in 1977 with honors, including recognition as an “Order of the Palm” scholar. He received an Honorary Doctorate of Humanities from Goodwin College in Stamford, Connecticut and has been inducted in the Order of Honorary Fellows at Marymount College in Palos Verdes, California. Mr. Cappello gave the commencement address to the Marshall School of Business graduates at USC in June 2008.

A California-native, Mr. Cappello was born in Bakersfield and has lived in Los Angeles, New York, London, and Geneva. In his free time, he enjoys travel, world affairs, art and culture; collecting fine wines, antiques and books; and engaging in shooting, hunting, fishing and art preservation. Mr. Cappello was recently named Father of the Year by the American Diabetes Association and Recipient of the Robert Ross Founder’s Award by the Muscular Dystrophy Association. In 2006, YPO honored him by naming one of its highest global recognition awards the Alexander L. Cappello Annual Award. Catholic Big Brothers/Big Sisters also honored him at their 2002 gala. USC honored him with the 2009 Alumni Service Award. Mr. Cappello lives in Los Angeles, California with his family.